When arthritis aggravates and affects the integrity of a joint, sometimes this effect is severe enough to require surgery. These patients usually experience crippling joint pain and severe limitations in their movement which compromises their quality of life. In these cases, and after other therapies have failed, the most common approach is hip replacement surgery.  The painful hip is removed and replaced with a metal or plastic joint. In hip replacement surgery, every part of the articulation is replaced with a new prosthetic, including the ball portion of the thigh bone, which attaches into the hip.

However, there is a more conservative approach called hip resurfacing. Instead of replacing the entire joint, hip resurfacing keeps the natural bone.  The process involves shaving the femur bone and adding a metal cap on the ball.  Then a metal shell is added to the hip socket creating a metal on metal smooth surface. This method is done instead of introducing a complete metal prosthetic. But which one is better?

Hip resurfacing is a more natural approach, and the patients may return to their usual activities faster. However, after hip resurfacing it is more likely for metal ions to enter the bloodstream because the metal surface of the hip socket and the ball of the thigh bone will always rub against one another releasing metal ions. These ions can cause irritation in the surrounding joint area.  Hip resurfacing may also increase the risk of fracture in the area below the metal cap. This risk is particularly high in women with poor mineral density.

Instead, hip replacement surgery does not result in any metal-to-metal rubbing because there will be a hard plastic lining between the socket and the ball. These artificial hips may wear down, but they usually do not give problems for 20 years and even more. Since hip replacement surgery is commonly performed later in life, after every other method fails, the lifespan of the prosthesis is not necessarily a problem.

Thus, hip replacement surgery remains to be the most appropriate option for senior women with poor bone mineral density who have tried every other treatment option without success. 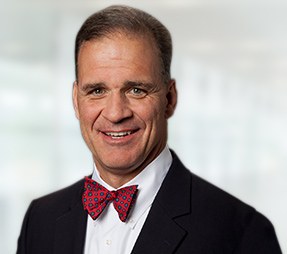